Better Together Indonesia Foundation, DIGITALMANGROVE.ID, The University of Papua, Center for the Study and Empowerment of Marine and Fishery Resources (PusaranKP), and The Directorate General P4K Indonesian Ministry of Marine and Fisheries Affairs, held a webinar course in Mangrove Carbon Stock Assessment. As the keynote speaker, Dr. Hendri from the Forestry Faculty of the University of Papua presented his study case on mangrove carbon stock assessment in Kaimana dan Buruway, West Papua Province. The transaction cost covers almost 40% of economic potential, which makes it difficult for early-stage small-scale carbon offset to have the baseline. Transaction cost consists of project research cost, feasibility study, negotiations, insurance, regulatory approval, monitoring, and verification.

A methodology using Above-Ground Biomass (AGB) and Below-Ground Biomass (BGB) surprisingly, showing a larger amount of carbon absorbed underground than the upper layer. This condition can affect the calculation of carbon offset, which so far has only been based on the amount of carbon absorbed by the leaves. The diversity around the mangrove area is also calculated which could become value-added to the carbon price.

Mr. Muhammad Yusuf, The Director-General P4K Indonesian Ministry of Marine and Fisheries Affairs, also update the recent condition of the Indonesian Mangrove. The National Mangrove Map shows the potential of mangrove that can be planted outside forestry area consisting of abrasion area (3.758 ha), open land (21.084 ha), raised land (67.412 ha), and pond (372.627 ha). The number of degraded mangroves is surprisingly higher than the estimated cover of 5.938 ha outside the forestry area and 7.473 ha inside the forestry area.

The implementation of the presidential regulation on the economic value of carbon in 2021, still has to wait until December. All stakeholders who want to be involved have to refrain from themselves first until the issuance of derivative regulations. Contradictions about whether or not seaweed can become blue carbon must be discussed further, especially with institutions in Europe that have registered the seaweed methodology with Verra. 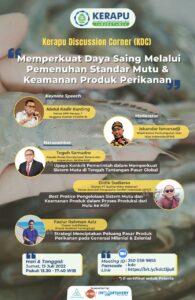 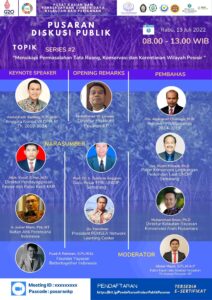 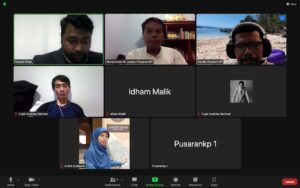